In Crypto Mining Game, play as a Cryptocurrency Miner in an Original Crypto-Universe!! Mine for game your favorite Crypto-currencies (will never use cpu), do mission to earn Hpower and Ingame Stuff, Collect Original Cards and play with it to Crypto-related Mini-games!

CMG v2.4 - Goodbye to Coinz Keys, Welcome to the Gems!

In the next update of CMG v2.4, everyone say Goodbye to Coinz Keys, Welcome to the Gems! Don't be shy, read this news to find out more ;)

Crypto Mining Game has been updated to version 2.31! Now, Top 1000 players will be rewarded and Victory points are counted for many activities!

Please kindly check out the Official Coinz Keys Drop times as you will know when all will be dropped in the Crypto-World! (erratum update 05.24.2021)

Adjustments of the Withdraw System & FaucetPay

Dear players, the V2.3 is coming, rework of the Withdraw system and more features! Please check the news to stay tuned! 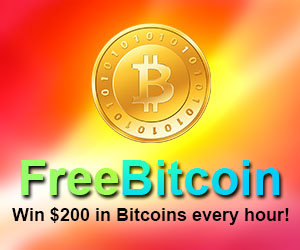 Bitcoin is a payment system and worldwide cryptocurrency. The bitcoin system works without a central repository or single administrator like a bank, so it's called "decentralized digital currency". Bitcoin has been invented by a supposed person named "Satoshi Nakamoto", who might be real, or not! It has been released as open-source software in January 3, 2009.

The smallest amount of bitcoin is 0.00000001 bitcoin, one hundred millionth of a bitcoin. It's named satoshi. Satoshi is generally the unit used in faucet to reward users againsts some advertising views.

So LiteCoin and Dogecoin?

LiteCoin and Dogecoin are what we call "Altcoin". It's some other cryptocurrencies which has been inspired by bitcoin and can be apparent to an ALTernative to it. These two ones are part of the most known and used in world in faucet and many other things.

In addition, we know many other cryptocurrencies, like, for examples, Ethereum, Dashcoin, Bitcoin Cash, Peercoin, Primecoin, etc. There is more than a thousand different cryptocurrencies right now!

A faucet is a website where users can claim cryptocurrencies against some advertising views. It's a good way to know more about cryptocurrencies and start making some money with it. That's why you can see Advertising and Shorten link in its, that this is why faucets are able to exist and give some coin to the user.

CRYPTO MINING GAME use this economic system. We try to make it the less intrusive for you. Don't hesitate to send us feedback through our facebook if you think it can be improved to give you a better user experience!