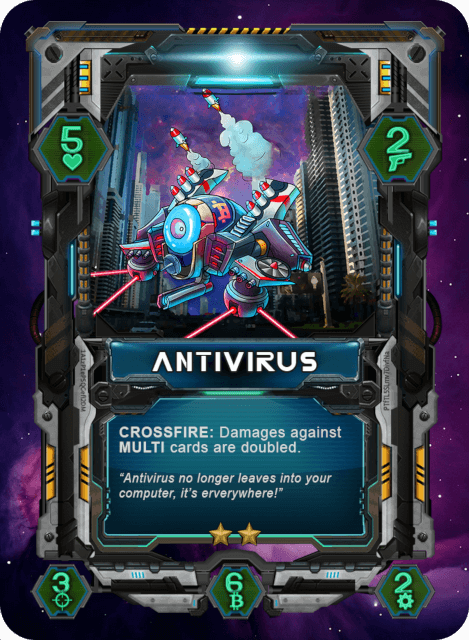 Antivirus is a flying machine equipped with a multitude of detection, capture and neutralization instruments. Thanks to its laser and plasma directed energy weapons, it is able to destroy any target!

Decrease the chances to be spied by other players in Crypto World! - 0.50% per level!

The Antivirus is a flying machine equipped with a multitude of detection, capture and neutralization instruments. Thanks to its laser and plasma directed energy weapons, it is able to destroy any target!

We all know antiviruses but they are usually programs installed on your devices. This special Antivirus was created by the crypto-corporations after the first attack of the Viruses brothers.

They never said how much was lost but they made sure they will get back so they hired the best scientists (and unlike movies) a lot of helpers as well. The blueprint was crazy; laser, plasma, cookies, detection, capture and a whole lot of ideas that were disregarded.

A couple of them were developed but kept auto-killing itself so finally they created an incredible machine that could detect the tiniest nanoscopic thing and be able to decide immediately which instruments of destruction will be the best to annihilate.

Project management, very good at stress management and being #1 at MarioKart.

Golem (GNT). Imagine being able to render the most complex and amazing CGI in real time with the most powerful supercomputers? Well Golem makes this possible joining all its miners computers and power available for you to create anything possible at large scale.

“If the universe is infinite, why is it so hard to find a parking spot??” 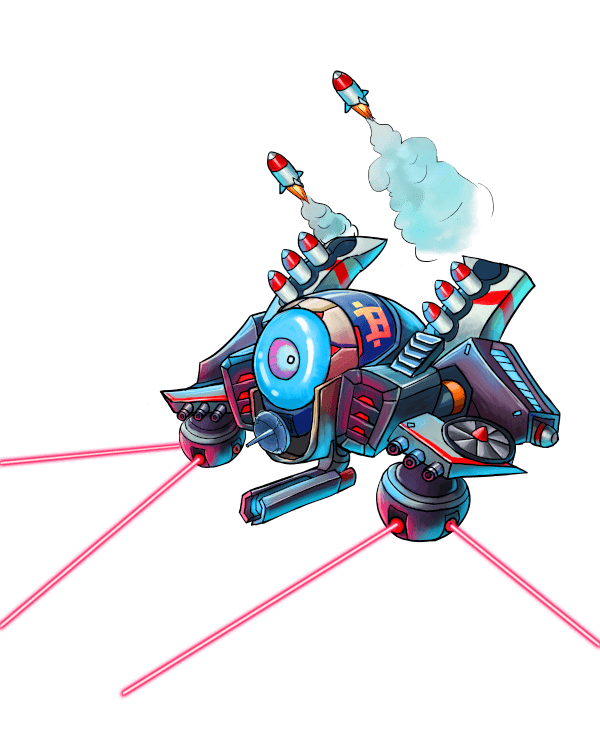 Antivirus are programs specifically designed to detect and avoid spywares like malware, adware, trojans, system monitors, among others and unlike anti-viruses, these programs are really designed for these types of malware.

Antiviruses will only be able to detect viruses but spywares can look like legitimate software packages and will pass any antivirus security.

Antiviruses are very usefull against cybercrime because these people are always trying to find ways to hack into the systems, for example not only to connect to your device´s camera, but any usb peripheral you might have like security cameras and if you have a CCTV-like monitoring system through your IP, then they can also access all these cameras.

This is why not only an antivirus is required these days but also anti-spywares to avoid being hacked, identity theft or any other kind of malware.

The most common spyware crypto-hackers are using is ransomware, where they can collect all your information and then freeze your systems until you pay a ransom, usually in the form of Bitcoin.