MEGA JACKPOT 2562 Satoshi Round ends in Not yet registered? Register to win the MegaJackpot 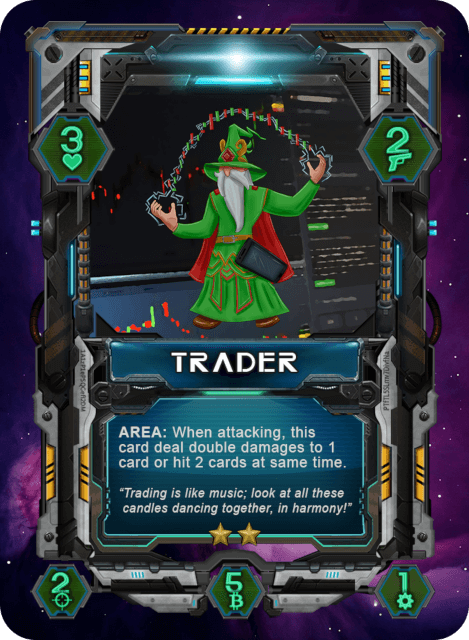 The Trader is a wizard. He is pretty weack, but well, defended, he will be terrifying, firing his magical charts to the enemies!

The Trader is a wizard. He is pretty weak, but well defended, he will be terrifying, firing his magical candles to the enemies!

At college, he didn’t really learn much but managed to somehow “trade” the exams for already-answered papers. You could usually see him at the hockey table rather than classes and after graduating, he managed to stay as a professor.

As a professor, his studies on the unknown were known by every academic at wizardry and became a must read for any amateur.

While he was teaching, one of his students found about the incident with the trading of the exams and suggested him to try it on the Crypto-World and when he did, it was magic. But like real magic, nothing like he ever saw at college.

Since then, he is known to be the quickest trader of all, with low commissions and free perks for recurring customers.

Making Schnitzel mit Rahmsoße und spätzle, star glazing (as in putting sugars on actual stars) and puffing rings of smoke while sitting on a bench in the wild.

The Ripple - XRP. Because I find it hilarious that such a coin exists; a centralized, corporate-owned asset. I hope that the human mind, regardless of this, will keep elevating its value.

Speak Wookie, ferret racing and secretly being an Istari

“All we have to decide is what to do with the time that is given us” Gandalf, LOTR. 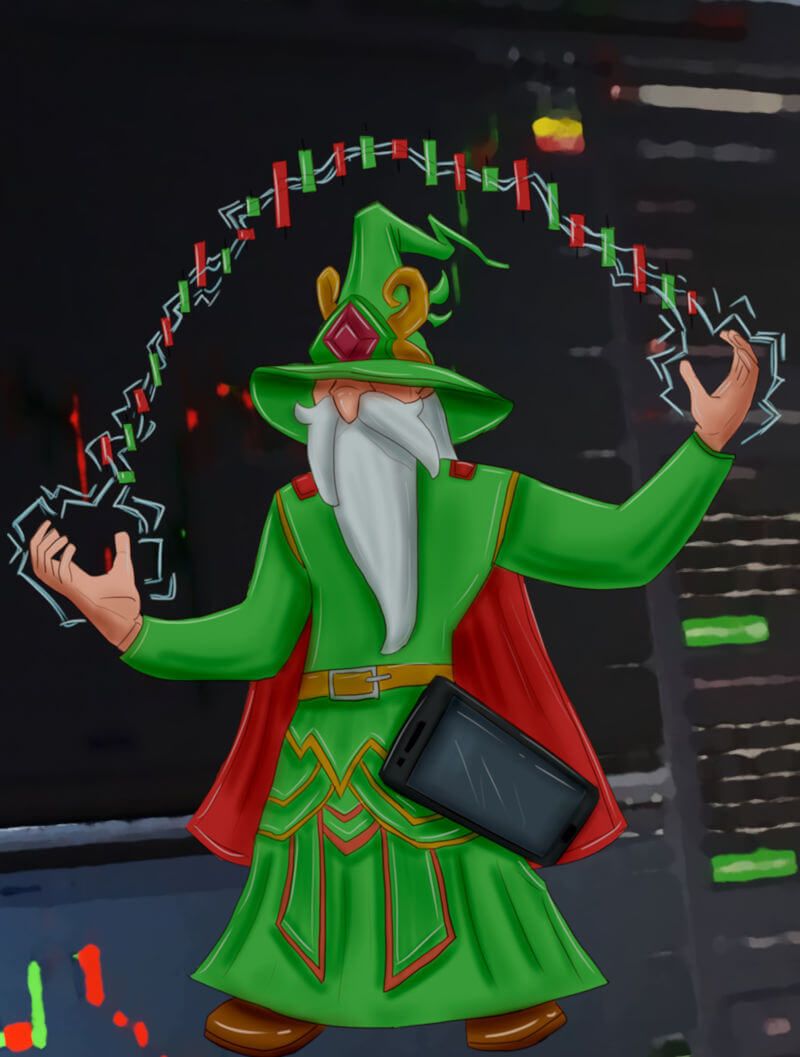 A trader is a person who invests or speculates in the financial markets to gain a profit from it.

Basically the trader is a person that buys and sells financial assets in any financial market or corporation for a salary plus bonus and these are usually high commissions. A trader differs from an investor mostly in the timing; an investor usually expects a long term result while a trader is there for the daily and weekly yields.

Each trader designs their own strategy based on their psychology, experience and in most cases, a good economics understanding. They might also base their strategies with new technologies like robots and historic data for each and every financial asset.

These new technologies are re-defining the timings for trading since Artificial Intelligence has made it possible to make quick, small and medium investments, buying and selling in very small amounts of time. This is called HFT or High Frequency Trading that enables, most of the time, to make small margins on small periods of time, making it interesting for the people who understand this.