MEGA JACKPOT 14148 Bitz Round ends in Not yet registered? Register to win the MegaJackpot


Questions and answers about CMG V2

Dear players, here you can find answers to 2 interesting questions asked by one of our CMG player! Hope it will help you understand better what will change in V2!

So I've got some interesting questions about one player yesterday, and I thought it would be great to share it with you, hoping it will help you understand better some changes that will occur in Crypto Mining Game V2:

«Hey Jamboom,
I've got two questions about the upcoming v2 update. Just to clarify for myself the changes.
1 -> As first you said in an update (07-23) that all Hpower plans will be refunded, which is above 1000. So does that mean the Hpower will be capped at 1000? Because later (same update note) you said that we will be able to mine currencies with up to 1000 Hpower. Hence my conclusion that it won't be possible anymore to have a higher Hpower value than 1000.
2 -> In your 2nd update (07-26) you said that we will be able to do PvP. Will we be able to gang up on players and attack them as much as we want? How much resources can we steal from them, is it a percentage from their total value? How often are we able to attack the same person several times?
I have the feeling, if this is possible, it would be a huge disappointment for a lot of players; because no one likes it to get farmed.
Thanks and I am looking forward to hear from you.
Kind regards and have a nice day.»

Good to know that you have understood that because it's wrong XD. If you do, so I guess others will do too, I might clarify this in a next news.
1 year plan for Hpower is here to regulate players earnings. Of course we have to do so because, as CMG is a game and not an investment platform, CMG revenue is limited, so amount of revenue share to the players too. But seeing hpower removed from your account can be frustrating...

Yer, I am introducing PvP (Player versus Player) in cmg V2, can't find a better word ;)
Of course, I'm aware that this kind of game behaviour can be dangerous to implement, so, here are some precisions...

Hope I have answered to most of your interrogations. If you don't mind, I will share this answer in CMG news, I think other players will be interesting in that.

Have a very nice day and enjoy the game,

Hi players! Here are some useful infos for players who don't really understand this update.

Dear players, please check this news to know more about this major update on Crypto Mining Game regarding the Virtual Mining and Withdraw system. 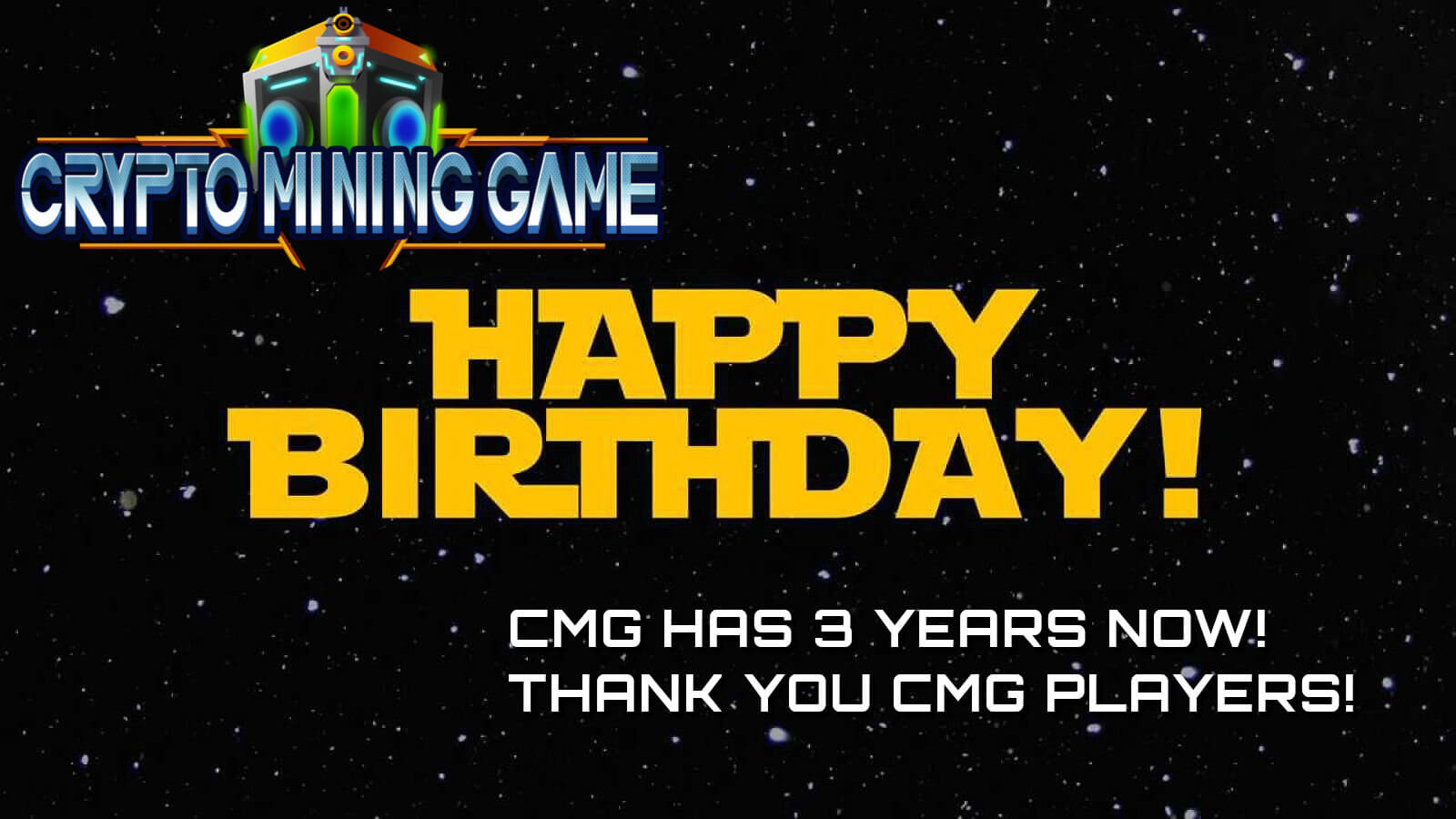 On 24th, November 2017 first version of CMG was released! Since the past 3 years, CMG community of players every day gets bigger and better and I am so grateful to you!