Mega jackpot start as 10000 Satoshi and grows each time a mission claim is done by a user or an Earn more's challenges is completed.

MEGA JACKPOT 11414 Satoshi Round ends in Not yet registered? Register to win the MegaJackpot 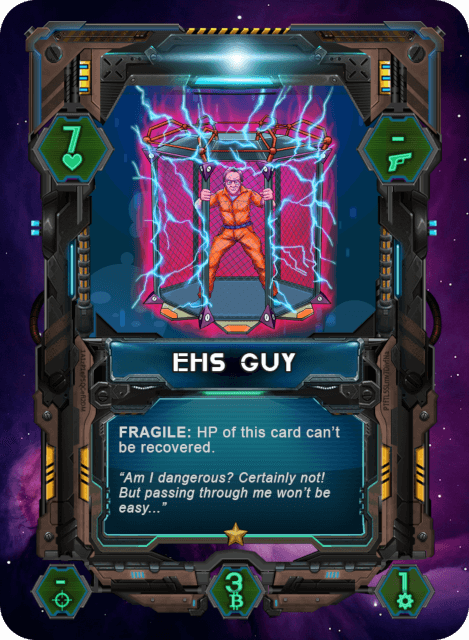 Because of its electro-sensitivity, the EHS guy finds itself obliged to move in a cage made of aluminum alloys in order to protect itself from the omnipresent waves! He's not bad... But he takes up a lot of space on the battlefield!

The EHS guy lives a permanent nightmare! Because of its electro-sensitivity, it finds itself obliged to move in a cage made of aluminum alloys in order to protect itself from the omnipresent waves! He's not bad ... But he takes up a lot of space on the battlefield!

The eldest son of Ruth and Charles, the EHS guy had the best education available and with the help of his parents (that is, the lack of them), he became really smart and very intelligent.

He became a lawyer and a scientist when he turned 18 but at his birthday, all his biological components were re-written with the virus that the crypto-corporations unleashed. It didn’t kill him like the rest of the infected though, it made him sensitive...

From the buzz of an angry bee that couldn’t collect it’s honey, from any magnet or zen balls to the slightest electromagnetic field. That’s why he always knows where the real North is.

Am I dangerous? Certainly not! But passing through me won’t be easy… I’ve built an electronic shield that detects your personality, your dreams, your most sensitive thoughts and you’ll get paralyzed. I will just stomp over you.

Psycho-analyst, can throw bread with butter always falling butter on top and having the exact same face in all the photos.

RentBerry (BERRY) is a token to facilitate and expedite any renting facility! So it takes off the hazzle and the friction of all the admin process, keeps your money secure and you can go and rent just about anything!

“Don't live life too seriously, you might not get out alive of it!” 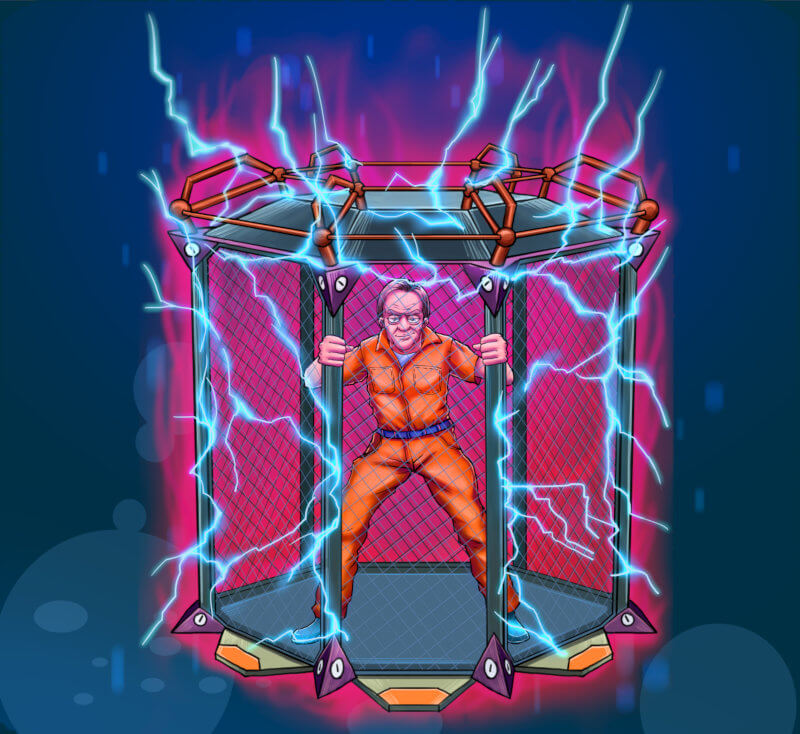 The EHS Guy is mostly based on Charles Lindbergh McGill, Jr., or Chuck McGill, the fictional character from Breaking Bad that then had a spinoff called “Better Call Saul”.

An incredible and very complex character played by Micheal McKean, Chuck believes he suffers from EHS, Electromagnetic-hypersensitivity, that is, a high sensitivity to electromagnetic fields around causing them negative impact in their health.

Although the electromagnetic hypersensitivity has not yet been diagnosed as a real medical issue, most patients that claim they do have it usually fail to develop symptoms when real electromagnetic fields, above the maximum levels from the international radiation safety standards are applied to them.

In most cases, patients develop a “nocebo effect”, meaning that they will develop symptoms whether the electromagnetic field is present or not, just by the suggestion that there is one.